Rejected – European “dirty borders”, from the Balkans to the Mediterrean by Duccio Facchini and Luca Rondi 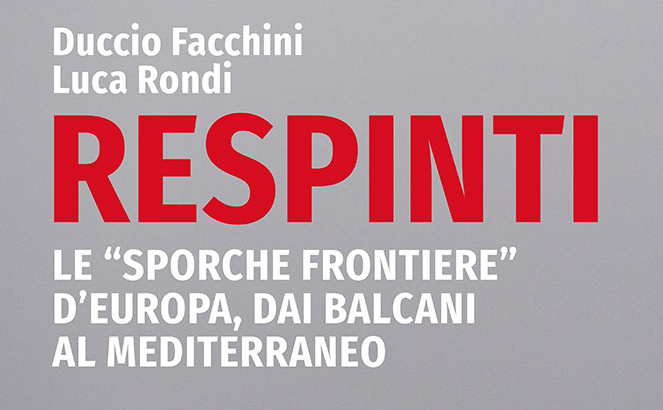 Over 100 milions worldwide forced migrants: fleeing from poverty, conflicts and abuse in search of a better life. “Democratic” Europe, including Italy, has closed its eyes and its borders, delegating to third countries the “dirty work “, denying human rights and obstructing the routes.
What do Madina, an Aghan children, Abdul, a young Kurdish man, and Awira, a Syrian woman, have  in common? They are all “rejected”, people who have been confined to the borders of wealthy Europe and its history. This book doesn’t just explain the meaning of somber words such as “pushbacks”, “readmission” and “confinements”, it patiently reconstructs – data in hands and histories at heart – the strategic steps adopted by EU countries, Italy in the first place, to protect the “dirty borders” by land and sea under the silence of the media. The denial of the right to asylum, the disgrace of camps, the constant abuse against helpless people who are forced to live in unhuman conditions and to risk their lifes in the crossings, among the dunes, the waves, the woods, the current of the rivers and the barbed wire. A condemnation of governments’ and European Institutions’ (including Frontex Agency) hypocrisy, welcoming Ukrainians by applaying and odious double standards. A gleam of hope comes from the commitment of NGOs and the single or organized solidarity.

To register for this event please visit the following URL: https://www.eventbrite.it/e/biglietti-respinti-le-sporche-frontiere-deuropa-dai-balcani-al-mediterraneo-325019170087 →