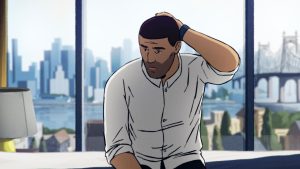 Amin is 36, he lives in Denmark and is a renown lecturer who is about to get married to his partner. But just before the wedding, his past come back to haunt him leading him to go through his youth, when he arrived to Europe after a long journey from Afghanistan, seeking asylum. Flee is a tale of an escape that turns into an hymn to life and freedom, a human path interwoven with challanges and contagious joy that we learn from the voice of the protagonist.

To register for this event please visit the following URL: https://www.eventbrite.it/e/biglietti-flee-321645439167 →